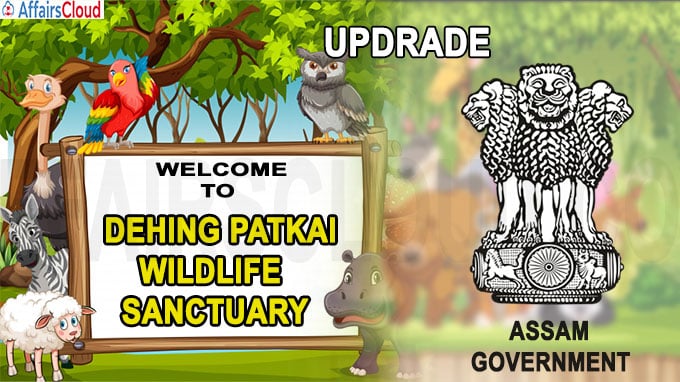 Recently Assam government decided to upgrade Dehing Patkai Wildlife Sanctuary into a National Park. The announcement comes just months after the National Board of Wildlife’s (NBWl) conditional clearance to a coal mining project by coal India Limited(CIL) in the Dehing Patkai Elephant Reserve Sparked a spate of virtual protests in the state.

Dehing Patkai Wildlife Sanctuary:    The Dehing Patkai Wildlife Sanctuary is also known as the Jeypore Rainforest. It is located in the Dibrugarh and Tinsukia districts of Assam. Dehing is the name of the river that flows through this forest and Patkai is the hill at the foot of which the sanctuary lies. Fauna: Rare fauna found in the region include Chinese pangolin, flying fox, wild pig, sambar, barking deer, gaur, serow and Malayan giant squirrels.It is the only sanctuary in India which is home to seven different species of wild cates-tiger, leopared, clouded leopard, leopard cat, gloden cat, jungle cat and marbled cat.

Members of the Legislative Assembly:  126