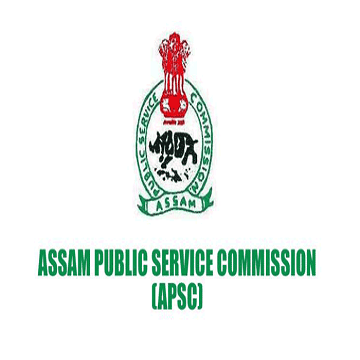 Congress hits out at govt. as Iran drops India from Chabahar rail Project:

On its own following alleged delays from the Indian government in funding and starting the project. Hitting out at the Narendra Modi government after a news report claimed that Iran had decided to proceed with the Chabahar port rail project by itself citing funding delays from India, the Congress on 14th July called it a “big loss” for the country even as it questioned the diplomatic tactics of the Centre.

The entire project would be completed by March 2022, and that Iranian Railways will proceed without India’s assistance. The country would use approximately $400 million from the Iranian National Development Fund. This comes amid China finalizing a 25 years, $400 billion strategic partnership deal with Iran.

Chabahar is the only seaport Iran has in its energy-rich Sistan-Balochistan province by the Gulf of Oman and consists of two ports with five berths each. The port is a counter to Pakistan’s Gwader port which is being developed with the Chinese investment. The port, inaugurated in December 2017, has opened a new strategic route connecting Iran with India and Afghanistan bypassing Pakistan. In December 2017, India took over the operations of port and commissioned the second port this January , marking the country’s maritime entry into a foreign land.

Chabahar Port Agreement:     In May 2016, India and Iran signed a bilateral agreement in which India would refurbish one of the berths at Shahid Beheshti port, and reconstruct a 600 meter long container handling facility at the port.

Bastile Day is the common name given in English-speaking countries to the national day of France, which is celebrated on 14th July each year.

In 1789, on this day, a violent uprising helped usher the French Revolution.

Citizens stormed the Bastille fortress, which was used to lodge the state prisoners.

French poet and philosopher, Voltaire was imprisoned in Bastille for nearly a year after he spoke out against the ruling French regent’s family.

Bastille had become the symbol of the harsh rule and tyranny of the French monarchy, especially King Louis XVI and his queen, Marie Antoinette.

Retail inflation growth at 6.09% in June:

India’s retail inflation, which is measured by the Consumer Price Index(CPI) grew 6.09 percent in the month of June, according to the latest data released by the Ministry of Statistics & Progamme Implementation (MoSPI). The government had not released the headline retail inflation data in April and May. However, in April, it had revised the CPI data for the month of March to 5.84 percent from 5.91 percent. The retail inflation growth was mainly due to a rise in pulses and products prices that saw a 16.68% on year rise in June. The retail inflation has grown beyond the Reserve Bank of India’s (RBI) upper margin of 6%.

Inflation:   Inflation refers to the rise in the prices of most goods and services of daily or common use, such as food, clothing, housing, recreation, transport, consumer staples etc.

Inflation measures the average price change in a basket of commodities and services over time.

Inflation is indicative of the decrease in the purchasing power of a unit of a country’s currency. This could ultimately lead to a deceleration in economic growth. However, a moderate level of Inflation is required in the economy to ensure that production is promoted.

In India, the NSO under the Ministry of Statistics and Programme Implementation measures inflation. In India ,Inflation is primarily measured by two main indices-Wholesale price Index(WPI) and Consumer Price Index(CPI).

Consumer Price Index:    It measures price changes from the perspective of a retail buyer. The CPI calculates the difference in the price of commodities and services such as food, medical care, education, electronics etc. Which Indian consumers buy for use.

The CPI has several sub-groups including food and beverages, fuel and light, Housing and clothing, bedding and footwear.

Four  types of CPI are as follows:

India has commissioned four new plants before 2021 as it look to reduce its dependence on imports from China.

In Fact, One more urea plant, which will take the total tally to five, is expected in 2023.

This was out of a total 11 million tonnes of urea imported by the country in the same period. The five new units are of 1.27 MT per annum production capacity each.

Once they, and three others currently shut or in the process of getting gas, are functional, we will become Atma Nirbhar in urea by 2023-24.

Of the five plants which are slated by 2023, the first is expected to be ready by October at Ramagundam in Telengana, Just before the next rabi crop season.

The Telangana plant is a revival project of a state-owned unit which was closed, similar to the others at Gorakhpur (Uttar Pradesh), Sindri (Jharkhand), Barauni(Bihar) and Talcher (Odisha).

The Central Government has given-in-principle clearance for construction of a strategic tunnel under the Bharhmaputra River of Assam. The four lane tunnel will run close to China border.

The tunnel will be longer than the underwater tunnel being built by China below the Taihu Lake in Jiangsu province.

It will provide better connectivity between Assam and Arunachal Pradesh, to helping in transporting military supplies.

The project will be executed by the National Highways and Infrastructure Development Corporation Limited(NHIDCL).

The construction of the 14.85 km long tunnel will begin in December and it will be built in three phases. It will also have ventilation system, fire-fighting mechanism, footpath, drainage system, emergency exit and will also be equipped with crash barriers.