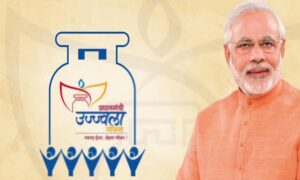 Akash Missile is the first medium range surface to Air missile produced in India which can engage multiple targets from multiple directions.

The missile files at a speed of nearly 860 meters per second at a maximum altitude of 18 km.

The Akash missile was designed and developed by DRDO and manufactured by BDL.

Akash Missile System:  This is surface to air anti- aircraft missile with a strike range of 25 km and capability to carry warhead of 60 km. It can reach an altitude of 18km and can be fired from both tracked and wheeled platforms. The missile is guided by a phased array fire control radar called ‘Rajendra’ which is termed as Battery Level Radar(BLR) with a tracking range of about 60 km. The Akash-MK-1S is capable of striking down enemy fighter jets and drones very effectively and accurately. The Akash surface-to-air missile was designed to intercept enemy aircraft and missiles from a distance of 18 to 30 km.